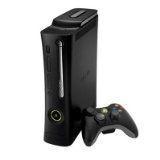 [the_ad_placement id=”before-content”]
According to a survey commissioned by the CNET UK, 60% of Xbox 360s have had hardware failures. According to the survey 47% of Xbox 360s have failed within the first year of purchase. I have personally become part of this statistic. I have gone through 3 Xbox’s within 2 years. I was able to return the faulty Xbox to Best Buy under their warranty plan. At some point  I discovered that you could mod the Xbox to read game backups.  After the third Xbox, the BestBuy warranty expired and I thought Microsoft may have fixed the issue so I modded the Xbox.  Well a few months after that, I got the RRoD again. Now I was stuck. No store warranty and no Microsoft warranty since I modded it. After looking online for a fix, I found this long term solution. This worked for a while but I got RROD again. I am considering getting an Xbox 360 Arcade

since it is $199 now and has HDMI output. I’m going to give it one more try and then might get a PS3.