Have you noticed one of those impossible to read word-in-a-box prompts when signing up for a service to logging into a web site like Facebook or Digg. These are called captchas, and they are used to prevent spammers from automating the login process and creating thousands of accounts in minutes. The scripts the spammers use are not smart enough (yet) to solve the CAPTCHAS. However, a number of research projects have been able to beat the visual CAPTCHAs by using following methods

The captchas are being  made increasing more difficult for a human to read.  In the very near future, a program will have an easier time solving the puzzle than humans will and the point of this additional security measure would be nullified. 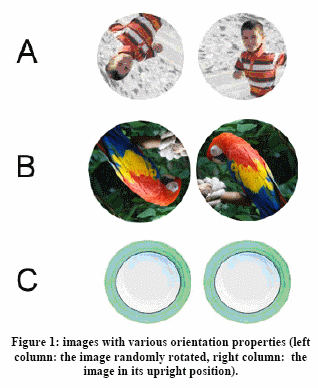 Google has realized this and is trying a different and much needed approach. The new captcha method will require users to choose the correct orientation of a picture or which picture is a cat, rather than decipher a word. This method effective as it is difficult for a program to determine what should be right side up or the difference between a cat and a dog. Other methods make you solve a math problem or answer a common knowledge question.

This makes much more sense to me than trying to figure out what the letters in the box are. The issue with these methods is the inability for visually impaired people to use these systems.  Such CAPTCHAs may make a site incompatible with Section 508 in the United States.  In order to comply with this regulation the site  should allow blind users to get around the captcha, for example, by permitting users to opt for an audio or sound CAPTCHA. It will be only a matter of time before the hackers try finding vulnerabilities in the audio captcha. Perhaps answering a question that a human would know and that can be provided in audio format is a way of providing security and accessibility.