displayed the 3 Red Ring of Death (RRoD) last week and I’m understandably perturbed. Now I’m no stranger to the RRoD (this is my third), but in the previous instances the Bestbuy warranty allowed me to simply exchange the defective unit no questions asked. I figured after the first 2 times the third times a charm and Microsoft had figured out the bugs and fix this issues. Right?! Wrong! Here I am again 3 years later and now my warranty is expired. To top it I had modded the DVD to play “backups” of my games, thus voiding any manufactures warranty.  I heard there were some “fixes” for the RR0D and I figured I had nothing to lose. Apparently the issues is caused from overheating and potentially the CPU/GPU getting separated from the motherboard. I tried the penny trick and it

worked once, now it’s RRoDing again. I also added a fan to try to cool the system down further (See pic).

The next “fix” I found involves bolting the CPU/GPU down with machine screws. We’ll see how that goes.

Update: I fixed my Xbox using the screws. See my latest post. 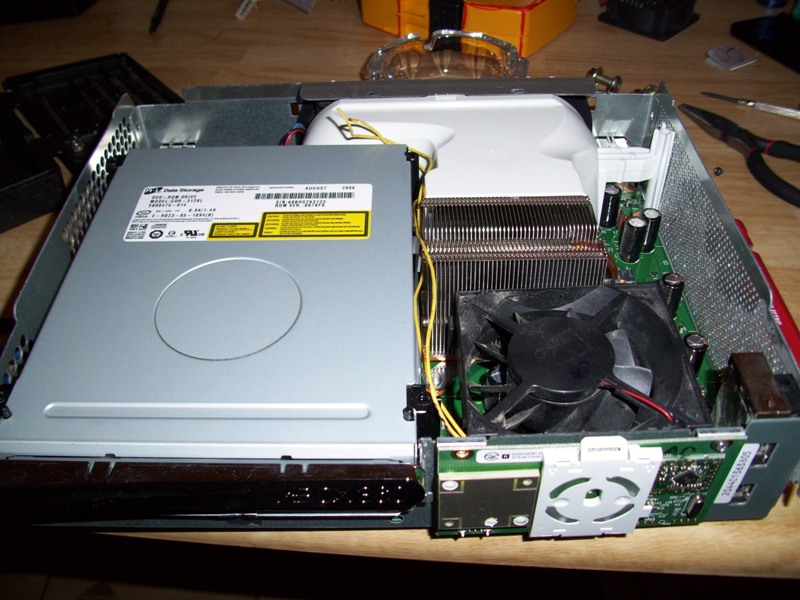