I have replace my Xbox 360 three times in 3 years because of RRoD. I was luck enough to have the BestBuy 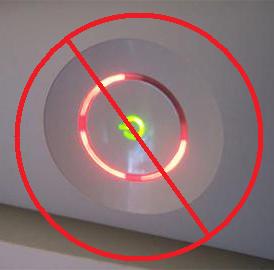 replacement policy so I was able to replace the first 2 without question. The first time I thought it was a fluke and happily returned the Xbox for a replacement. It was only a few months after the replacement that I got the RRoD again. I started to do some research and soon realized that is was a widespread problem and Xbox’s that were “repaired” by Microsoft were still having the RRoD months later. I took one more chance an replaced the 2nd RRoD Xbox thinking that the new shipment might have addressed this issue. I was fine for a while but wouldn’t you know it happened again just as my warranty expired. I had to take matters into my own hands and fixed the RRoD myself.

Hopefully some good news, better late than never. In an article from Edge Online Microsoft’s Product manager Aarron Greenberg, stated that they have put the RRoD issues behind them. They have found the hardware issue and have resolved them in the newest hardware revision call Jasper that came out in Xbox 360’s late last year.

It might just be safe to go out an buy an Xbox 360 even if you have been burned in the past. I would like to know if anyone else has had any issues with the new Jasper hardware.